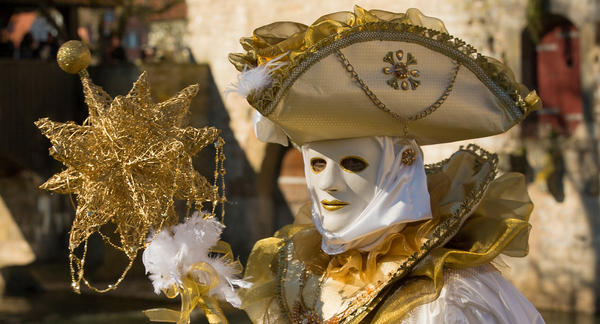 Three weeks ago – on the 23rd February – it was time for this years HALLia VENEZiA, the venetian carnival I already shot two years ago. This year I decided to go and shoot again but without having time for preparing and preplanning due to our short film we shot in the middle of February I just decided to take my 5D and go and shoot some raw impressions from my shoulder. So it was mostly for trying out documentary style 5D raw shooting.

And I made a huge mistake there. Too late, when I saw the material in the editing I realised I hadn’t switched the IS of my 70-200 of, which was active from the last times shooting photos. I mostly used the 70-200 so most shots are a bit screwed up. 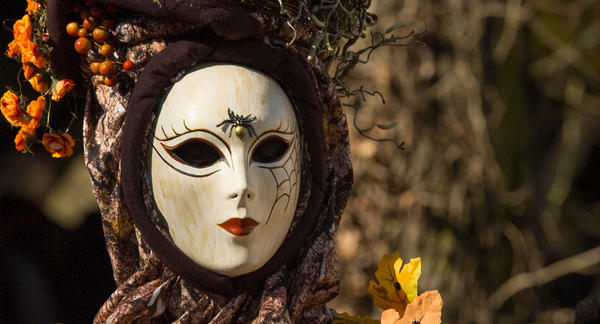 The problem is that the stabiliser is optimised for photographing, where the image has to be really stable for parts of a second or so. On video you would want smoothed out camera motions instead, no image pinned on one point. And as you see in the video the images are sharp for a second or so and then there is a fast move to the new center on which the IS then stabilises. I knew this problem and now I learned the lesson to double check your IS setting … This showed me that I’ve not done enough video with my 5D which I bought nearly 8 or 9 months ago. Still not used to have a stabiliser in the lens. In the Sony universe the NEX don’t have stabilisation for Alpha lenses so I didn’t had to worry about it.

Here is the impression video anyway which at least shows how good the FullHD raw from the 5D is. As I’m busy working on some other stuff I also had only a few hours for cutting and color grading this piece. Next year I plan to do a bit more on this day with more preplanning.

I really love the quality of the 5D RAW but I hate to work with it. This is due to the bad screen which is the hell to focus even with the Magic Lantern helpers compared to the small screen with good focus assistant on the NEX 5N. I hope that with Firmware 1.2.3 and the upcoming Magic Lantern for it, it will get easier to get external monitoring to work right with good resolution output etc. Currently with 1.1.3 the output is no good FullHD as on the Sony which makes displaying much easier.

The other thing is, that you have to be aware of frame dropping issues with raw. I filmed in the moderate 24p mode with only 1920*1038 (1,85 DCI aspect ratio) but still had some drops on my Komputerbay 1050x 128GB cards. I ordered two more for this day which I sent back after experiencing many drops on nearly every clip. The old ones (also 1050x 128 GB) I got in August only had a few frame drops over the course of filling the whole card so worked better.

The aperture was at around 8 to make focusing easier, as long as I didn’t actually pushed the aperture control, shutter 1/50. Than I exposed with my Genus Eclipse Fader ND. I tried not to overexpose and used the histogram and it worked fine. Some images looked a bit dark in some parts but the raw offers everything I need. If I had exposed to bright, the often bright and reflective costumes would have overexposed.

Again this project showed me what cool material you can get from your shoulder but how inconvenient working with a DSLR on a not so full blown rig is. I hope that workflow and ergonomics are getting better also in the lower budget camera gear section…